Ciracom has been serving the Virginia area since 2000, providing IT Support such as technical helpdesk support, computer support and consulting to small and medium-sized businesses.

Chances are, you not only have a smartphone, but that smartphone is also currently within arm’s reach. With these devices playing an increasingly important role in our personal and professional lives, these devices have proven to be a lucrative target for hackers to pursue. This week, our tip is meant to help you spot the warning signs that an application is hiding an attack.

Hit Back Hard Against Malware

The threat landscape is filled with more types of malware than ever. To keep your business’ network running effectively, it’s important to have a strategy to keep malware out. Today, we’ll talk about a few basics you should know to keep your cybersecurity strategy working properly.

Ransomware can target all kinds of entities, but one of the most devastating attacks in recent memory was launched against Atlanta, Georgia earlier this year. Atlanta suffered from an incredibly sustained and powerful ransomware attack that disabled much of the municipal government.

Phishing--it’s a threat that tells a tantalizing lie to entrap its target, and one that you’ve likely heard of before. However, as technology has advanced, so have the opportunities that cybercriminals have to leverage phishing attempts. Smartphones, for instance, make it so that you must be aware and on the lookout for SMiShing scams.

It’s Cybersecurity Awareness Month! Educate Yourself on These Threats

October is Cybersecurity Awareness Month! To prepare for this incredibly important month, you’ll want to focus your efforts on ensuring your business is protected against the myriad of online threats that can pose a danger for your business. Thankfully, you don’t have to do it alone. With our trusted IT professionals by your side, you’ll be able to take the fight to hackers and other entities that threaten your data.

Looking back over the events of 2016, one thing was made very clear by cybercriminals: ransomware is a rising star in their arsenal. In order to continue to remain protected against these threats, it is critical to have a clear understanding of them. 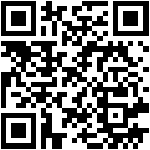