Ciracom has been serving the Virginia area since 2000, providing IT Support such as technical helpdesk support, computer support and consulting to small and medium-sized businesses. 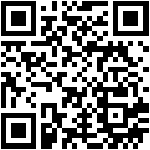