Tech Term of the Week: Dongle

Words are always changing to meet the needs of the times. As they grow in usage, new words are added to dictionaries on a daily basis. Today’s Tech Term, dongle, is one of these words. Have you ever heard it being used before? It might sound a bit silly at first, but dongle is a word that is used in technology more often than you might think.

Dongle is typically used on the consumer side of technology. These dongles can be found pretty much everywhere, ranging from adapters for headphones to streaming devices that can be plugged into televisions or other devices. From a technical standpoint, just about any device that can be plugged into a computer through the USB port can qualify as a dongle.

The official definition for dongle, in terms of computer networking, is any small device that is plugged into a computer to allow a network connection to be made. These are most often used in modern USB devices. This term doesn’t necessarily include all USB devices, and certainly not those that are used for storing data. However, it does apply to USB devices like Wi-Fi dongles that allow a device to connect to a wireless network.

Where did this name come from, though? There’s a theory that the term came from the word “dangle,” or that the term itself was a popular one for the developers of the Commodore PET Computer from 1977. This computer used a similar dongle to boost its memory, which might be a more believable connection.

Even though the term is ridiculous at best, dongle is a word that has stuck around and will continue to do so until we figure out a better word to describe these strange little pieces of technology. For more tech terms, subscribe to our blog.

Facebook Twitter LinkedIn
Tags:
Networking Wi-Fi Dongle
Internet Troubles? The Reason May Be a Simple One
What to Expect of Ransomware this Year 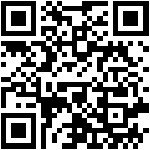