If there’s one piece of computer hardware that almost everyone knows about, it would have to be the hard drive. However, it is not so easy to say that everyone knows what it does, how it works, or even the differences between the two types. That’s why we’re exploring hard drives for this week’s Tech Term!

What Does the Hard Drive Do?
The hard drive is essential to the computer’s functionality. Without the secondary storage that a hard drive delivers, no data could be permanently stored on the machine. This includes the computer’s operating system and any hardware drivers that are installed. In addition to these key requirements for a computer’s functionality, any programs, data, or media you store is also kept on the hard drive. This is why it is usually a better idea to get as large a hard drive as you can.

How Hard Drives Work
When discussing how hard drives store data, it is important to clarify if one is referring to HDD or SSD storage, as their disparate functionality requires their means of storage to rely on very different processes.

HDD - Hard disk drives rely on a few different internal components to function properly, including the disk controller, the platter, the read/write arm, and the actuator. The disk controller does exactly what its name suggests: by communicating with the rest of the computer, it instructs the rest of the drive on how to interact with data coming in and going out. Under this instruction, the actuator positions and maneuvers the read/write arm over the spinning platter. The platter contains all of the drive’s data, stored in binary codes based on the platter’s magnetic polarities. These polarities are rewritten and read by the read/write arm.

SSD - Unlike the reliance on moving parts of a HDD, a solid-state drive is constructed entirely on flash memory and has no moving parts whatsoever. This makes them less apt to malfunction, makes them quieter, and enables them to function with less of a power draw. As a result, they are a favorite memory device in laptops and other battery-operated (and battery-prone) portable devices. SSDs have traditionally been much more expensive on a capacity/dollar scale than HDDs have, although this price discrepancy has been shrinking considerably.

What Makes HDD and SSD Different?
Apart from the mechanical differences and their relative prices, there isn’t much that sets an HDD and an SSD apart. The primary difference is the age difference between the two formats. The first HDD available to the market was introduced in 1956 by IBM, while SSD was not developed until 1991 by SanDisk (with a storage capacity of 20MB), while flash-based SSD was created by M-Systems in 1995.

Additionally, there is also the relative fragility of each storage method, as alluded to above. Again, because one has moving parts and the other doesn’t, one is much easier to transport without the worry of causing damage to the drive itself.

Which Hard Drive is Better for Your Needs?
Depending on what kind of device you need the additional storage for, HDD and SSD each may be better suited to serve as a solution. Due to the HDD’s need of stability and its more affordable cost-per-gigabyte, the common practice is to use them to add to a desktop computer’s storage. SSDs are more commonly used in more mobile devices - like laptops - due to its relative durability, but it isn’t uncommon for them to be used in desktops, either.

We hope you now understand a bit more about the different kinds of hard drives and how they work. Call us at (703) 621-3900 for more assistance with your hardware, and make sure you leave a comment suggesting any other Tech Terms you’d like to know more about! 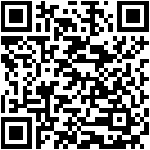