Spam: it’s something that just about every computer user has heard of, and knows is bad. However, how much do you really know about spam? For today’s Tech Term, we’ll slice into the different types of spam, as well as some theories as to where the term itself originated.

Why is It Called “Spam?”
There are a few different schools of thought as to why the term ‘spam’ was attributed to the junk messages that annoy and infuriate so many users, waste millions of dollars a year, never mind their propensity to spread malware and viruses. One theory attributes the term to the University of Southern California’s computer lab group, who were inspired by the canned lunch meat’s characteristics to name the annoying messages after it (I guess it put a bad taste in their mouth).

Another, more generally accepted theory, is that the name ‘spam’ comes from the infamously repetitive Monty Python song. The idea here is simply that the song and the messages have much in common, both being highly repetitive and offering little real value.

The Origins of Spam
It isn’t agreed upon where exactly the messages we now refer to as “spam” first originated. On March 31st, 1993, a Usenet user named Richard Depew accidentally posted 200 or so duplicate messages to a newsgroup. After another user referred to these messages as spam, Depew used the term in his apology.

Another theory is that “spam” originated in multi-user dungeons, or MUDs, which were an advanced form of chat room, thusly named due to many similarities to the role-playing game Dungeons and Dragons. Users, or MUDers, would flood different aspects of the chat room with unwanted content. In 1990, MUDers used the word spam as they discussed its origins as a term for the junk messages that we so easily recognize today.

Two more theories involve the Bitnet Relay, a chat system from the 1980s, and another in the TRS-80, with the Monty Python song again being used as an annoyance to users.

Types of Spam
There are a few different kinds of spam out there to deal with.

Email Spam - Possibly the most recognizable form of spam, spam emails are the unwanted junk messages that clog up an inbox. Fortunately, there are more regulations being put into place to prevent spam from reaching inboxes, as well as improved preventative measures being incorporated into email software as well.

Comment Spam - Spam isn’t restricted to messaging. Comment spam is the term for those comments that pop up in response to your content that have nothing to do with the topic you’re discussing, or even a subject related to your industry.

Facebook Twitter LinkedIn
Tags:
Email Spam Tip of the Week
Antivirus Fights More than Just Viruses
You May be Losing More than You Think with a Mispl... 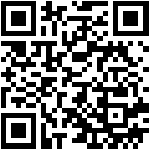 Ciracom President Amy Rutt Attends Microsoft Ignite Conference as a Community Reporter
Ciracom President and CEO Amy Rutt recently went to the Microsoft Ignite Conference and had the opportunity to act as a Community Reporter. In doing so, she was able to interact with many people at the event from all around the world, speaking to many people and learning more about the technologies that Microsoft has in development.
Read More