We Examine What We Know About the New iPhone Models

The iPhone was one of the first major smartphones introduced to the world, and Apple has released so many iterations of it that it’s almost unbelievable how far it has come. In fact, over the past 10 years, so many smartphones and devices have been introduced that it is incredible think that it was one device that started it all.

The iPhone was first released in 2007. To celebrate its tenth anniversary, Apple has scrapped the idea of the iPhone 7s and introduced the brand-spanking-new iPhone 8, iPhone 8 Plus, and the iPhone X.

All three of these devices use Apple’s A11 bionic chip. The A11 contains two performance cores which are both up to 25 percent faster than the ones found in the iPhone 7. Furthermore, the chips offer four high-efficiency cores, which allow applications to run in a less resource-intensive way. Consequently, this allows for longer battery life from your device.

The iPhone 8, iPhone 8 Plus, and the iPhone X have many similarities, but there is one major difference: the display. The iPhone X takes advantage of a spectacular OLED display and removes the mainstay features of the bezel and home button that every iPhone has featured. OLED displays offer a much more vivid viewing experience than your typical LCD display. Plus, the OLED display on the iPhone X offers Dolby Vision and HDR 10 capabilities, as well as a resolution of 2,436 x 1,125--much greater numbers than the iPhone 8 and 8 Plus displays of 1080p.

In terms of software, the new devices run iOS 11, which provides several great features for any iPhone user. There is a new and improved Siri, a new Control Center, and a redesigned app store. The iPhone X doesn’t come with the Apple Touch ID system by default, but you can change an option in iOS that will allow for the edge-to-edge display, as well as a virtual home button. In return for this meager sacrifice, the iPhone X comes equipped with Face ID, which can scan a user’s face for authorization purposes. Additionally, this feature can be used as authentication for app store purchases.

The cameras on these new iOS devices are also significantly improved. The iPhone 8 has a single 12MP sensor, while the iPhone 8 Plus and the iPhone X have dual 12 MP cameras with additional optical telephoto zoom lenses. The iPhone X’s sensors both are used for optical image stabilization, but the iPhone 8 and 8 Plus only have this capability in one of them. Just like its predecessors, these new devices are IP67 water and dust resistant, and have 7 MP front-facing cameras.

Now let’s get to the feature we know you’ve been waiting for: the price. The iPhone X comes with 64 or 256 GBs of onboard memory and starts at $999. The base iPhone 8 Plus sits at a pretty $799, while the base iPhone 8 starts at $699. Would you be willing to invest such a considerable sum into the new iPhone? Let us know in the comments.

Facebook Twitter LinkedIn
Tags:
Apple iPhone Smartphone
PINs Distributed By Equifax Increases Risk
Tip of the Week: How To Use Excel To Its Full Pote... 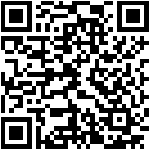